Simon Lee Gallery and Zuecca Projects are pleased to present a joint exhibition of works by Jim Shaw and Marnie Weber at Squero Castello in Venice, Italy, from April 20 to July 24, 2022.

The works of Shaw and Weber span a wide range of artistic media and visual imagery, from the detritus of American culture to the surreal worlds of fantasy and folklore, both drawing from the subconscious as their source of artistic creativity. In parallel with the theme of The Milk of Dreams, the 59th International Art Exhibition of La Biennale di Venezia, both Shaw and Weber transform the personal, the commonplace and the uncanny into dream-like narratives and magical worlds that unfold the mysteries of our subconscious and imagination.

Jim Shaw and Marnie Weber grew up in the booming economic landscape of post-war America. In the 1970s both artists began creating character-driven works inspired in part by this culture of abundance. In 1972, Shaw moved to Los Angeles where he attended CalArts with Mike Kelley, forming a band called ‘Destroy All Monsters’. By the same token, Weber rose to prominence in the Los Angeles punk music and performance scene in the early 1980s, cofounding an art rock band called the ‘Party Boys’ which then inspired the artist to give countless solo theatrical art rock performances in the late 80s and 90s. At the time, Los Angeles was a hotbed of innovation filled with rock and roll influences that brought a non-traditional edge to both Shaw and Weber’s artistic practice. 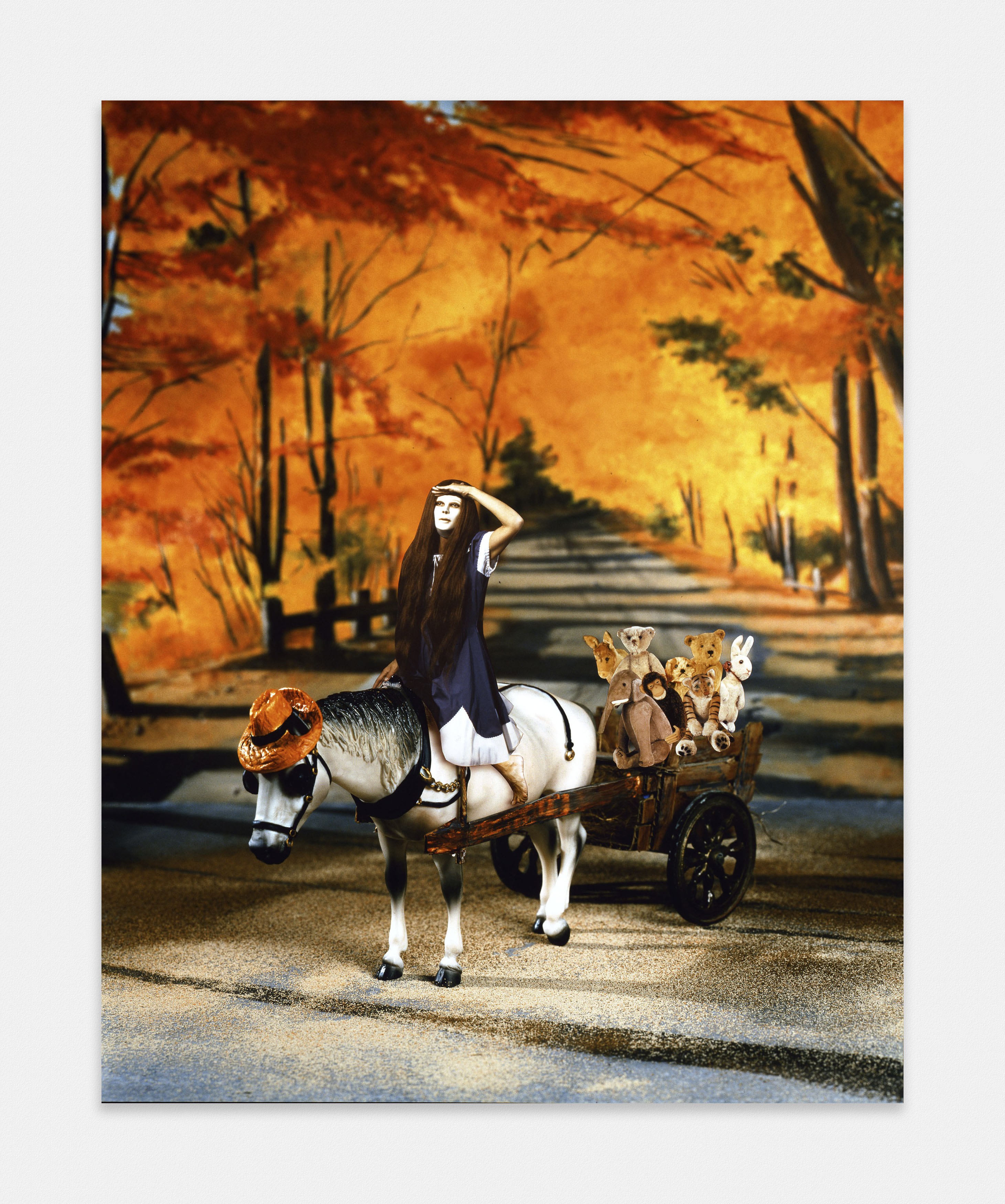 Marnie Weber, The Journey, 2007. All images courtesy the artist and Simon Lee Gallery.

Shaw is celebrated for the outlandish narratives and sharp wit with which he brings his dystopian, albeit eerily familiar, universe to life. Mining and splicing American histories, cultural refuse of the 20th century, conspiracy magazines, obscure religious iconography, mythologies, children’s stories, images from advertising, cartoons and his personal memories and collections, Shaw’s seductive, darkly comic works invite us to reflect on social and economic power systems and subjugation. The works in this exhibition showcase Shaw’s continuous commentary on the grotesque nature of late capitalism in contemporary American society. One Percent for Art (2020) highlights the art world’s tolerance for inequity, and the increasing inaccessibility of culture to those of a lower socio-economic bracket – the irony of the artist’s own participation in what he perceives as a poisonous art world system that predicates cultural access on status and riches.

Weber’s practice, which spans performance, video, sculpture, music, costume and collage, is positioned at the junction of reality and fantasy. Referencing folklore, fairy tales and myths deeply embedded in our collective memory, as seen in The Wandering Wind (2015), Weber creates dream-like tableaux set in realms unfixed in time. Blending the carnivalesque, the bacchanalian, the mystical and the absurd, she creates uncanny worlds that invite viewers to an exploration of the subconscious. The darkness of Weber’s vision can be seen to lie in the precarious relationship between her parable-like aesthetic and her overtly adult subject matter: sex, drugs and death. Through these works, Weber has developed a series of psychologically-charged, neo-gothic fairytales. Her unearthly narratives synthesise divergent aesthetic tropes into coherent, unified compositions. 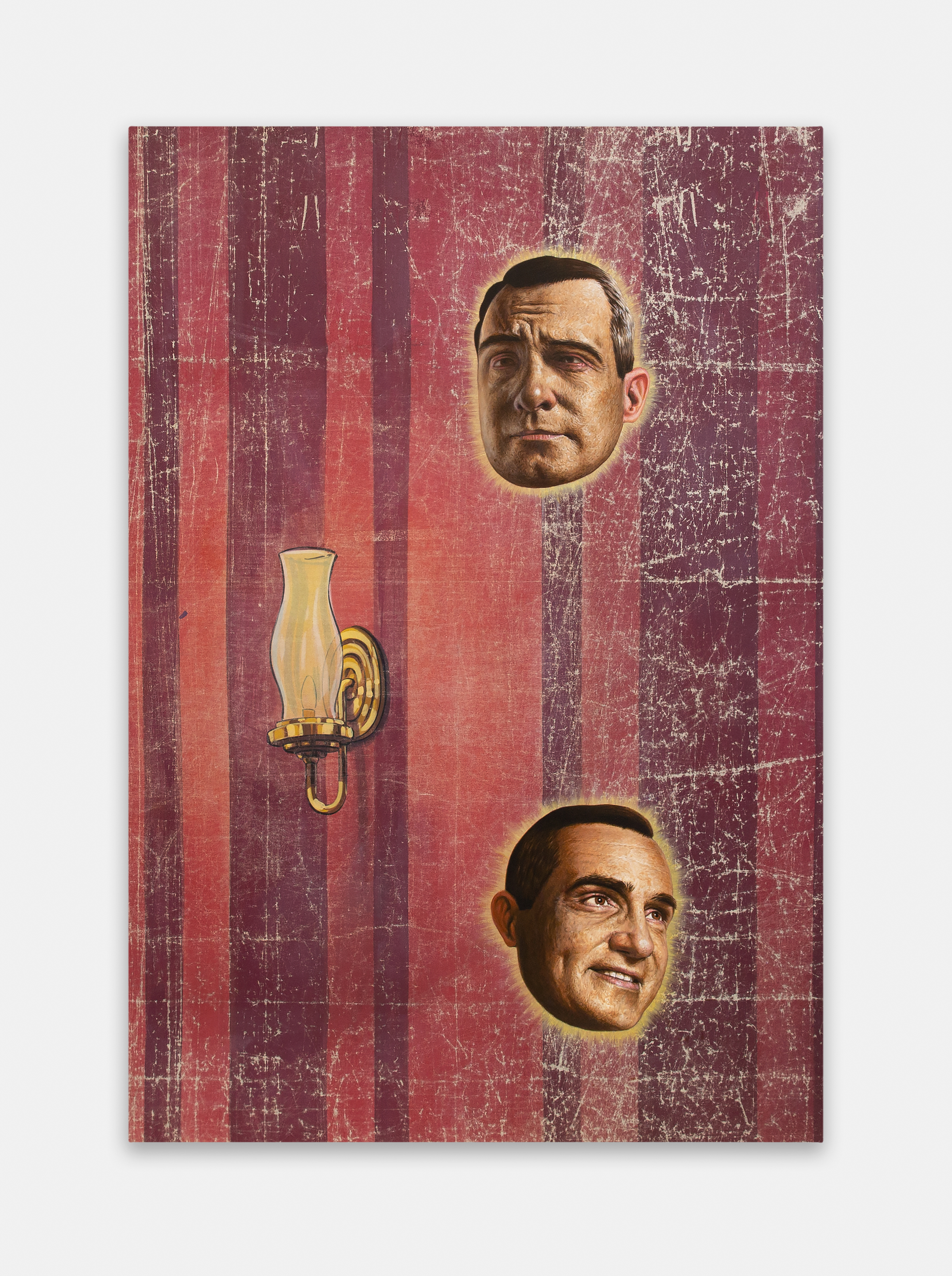 Jim Shaw, The Light of the West, 2020. All images courtesy the artist and Simon Lee Gallery.

This exhibition marks the Los Angeles and Conneticut-based artist couple’s first time presenting their works together in Europe. Shaw’s monsters, superheroes and villains, whether real or fictional, are larger than life and ultimately convey a sense of vicissitude that is reflective of the world’s ever-shifting socio-political landscape. Disorienting and mysterious, Weber’s pictorial tropes of anthropomorphised forms and the relationship between animals and human appropriation place women in positions of power and primacy. Thus, the exhibition brings together the uncanny narrative of both artists through their depiction of alternate realities.