The solo presentation showcased at Spazio Ridotto, from the 22nd of December 2016 to the 18th of February 2017, includes the video installation “Monologue Fenice” (2016), along with one “Echea” sculpture and a selection of works from the photo series “Monologue”. 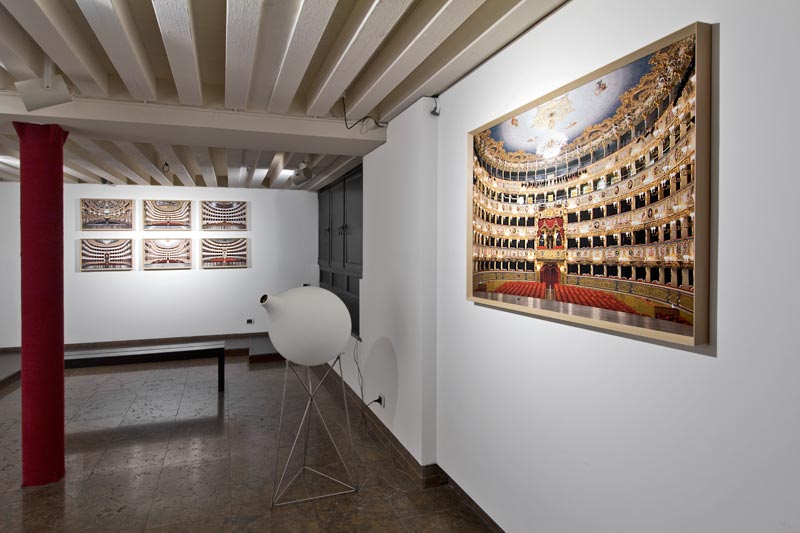 The exhibition orbits around the sound and pictures of Gran Teatro La Fenice, becoming a celebration of one of the most important symbols of the cultural life of Venice 20 years after the devastating fire that destroyed the theatre.

“Monologues”, started in 2014, is a project focused on the correlation between space and sound in historic theaters. It features the silent voice of architecture by recording the acoustic resonance of the empty halls. “Monologues” is the Audio Portrait of Space. Defining a place through its sound. Twelve among the most important theaters in Italy have been involved in the project to date.

“Monologue Fenice” (2016) shows the process of ambiance recording of the empty Gran Teatro La Fenice in Venice. The video starts in darkness to listen to the silence of the empty theater, but, as the sound rises, the lights slowly grow up to reveal the theater hall and, in backlight the artist alone on stage, carefully listening to the sound of the resonant voice of the opera house. 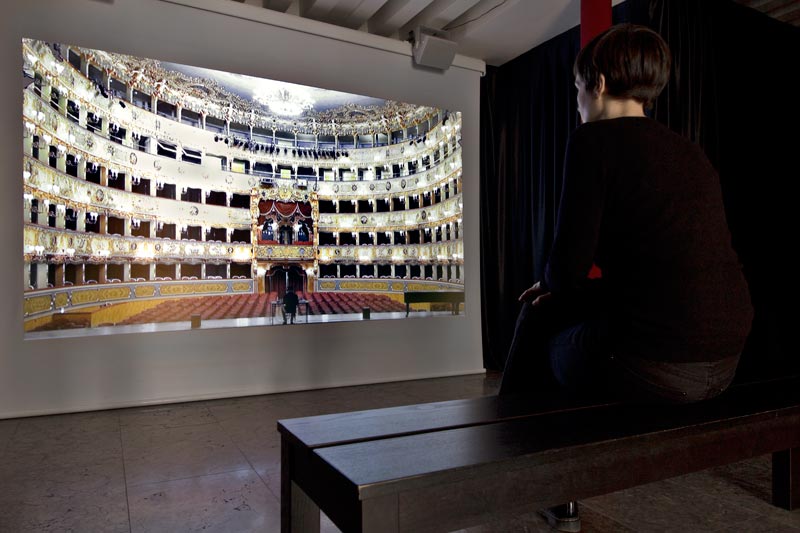 The sound sculptures “Echea” take their name from the amphora used in ancient times to spread the sound up to the last steps of amphitheaters (“echea” as the Roman architect Vitruvius called them). The sound sculptures created by Spanghero are therefore some “echea” amphora shaped as Helmholtz resonators, inside which the recordings of the resonances of the theaters are played back.

The photo series entitled “Monologue” show empty theaters where the only visual element of interference is a microphone, alone on stage, slightly off-center. The subjects of the images are the historic theaters, but the microphones, as an alter ego of the artist, are facing the empty parterres, recording the silent voices of the halls. 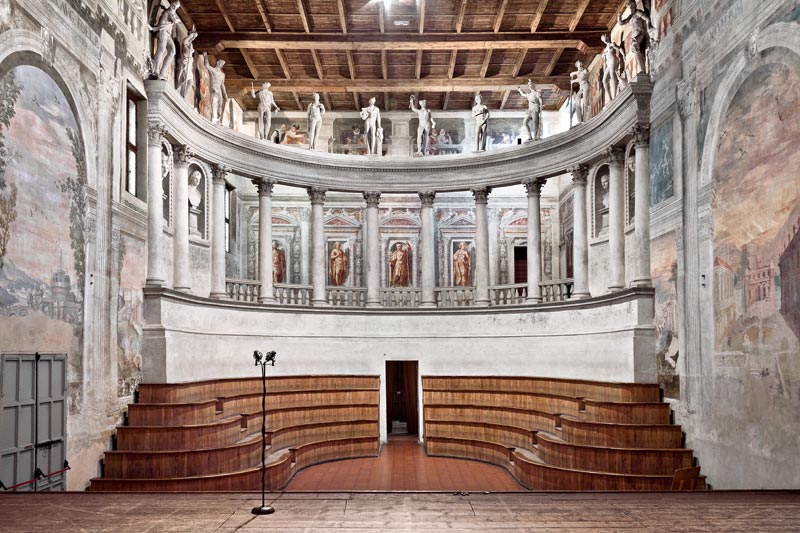 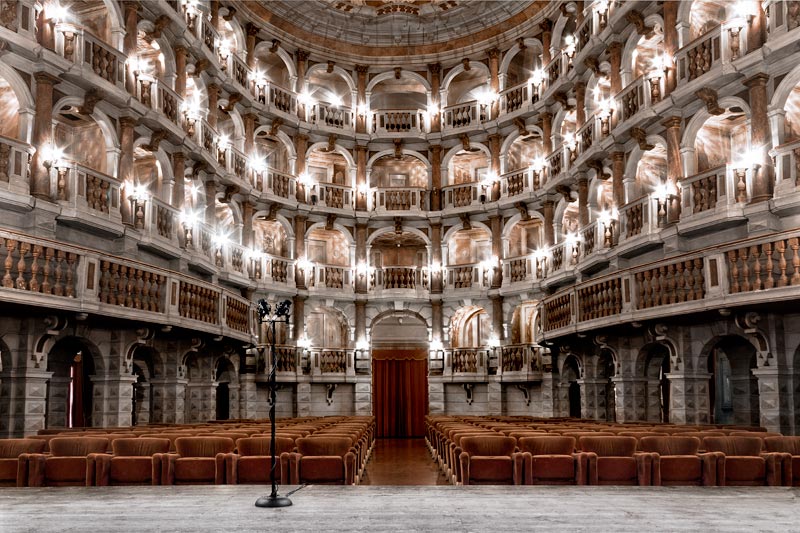 “Teatro Bibiena, Mantova” by Michele Spanghero. Courtesy of the artist

With the kind support of Hausbrandt, Ritz Saddler and Bauer Hotel.